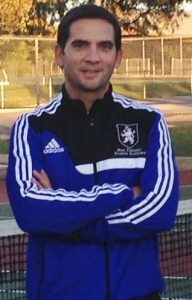 Texas State University
A native to San Antonio, graduated from Robert E Lee High School in ‘90. While working on his bachelor’s degree from Texas State University, he played NCAA DIV I Tennis under the leadership of head coach, Neal Kinlund. He played #1 Singles for the Bobcats and graduated in ’95 earning the T-Association Award for his high marks as a student-athlete.  His senior year he won several singles titles which validated his post college tennis aspirations.  Post college, he competed on the Pro Satellite Tour ’95-’97 and also went back to Texas State in ’95’-96′ to work on his Masters/Teaching Cert. 97-’99 he taught tennis at the John Newcombe Tennis Ranch (NEWKS) where he eventually became one of the Tennis Directors at the Ranch. He’s worked with some of the top National and Texas juniors throughout the past years and still does today. He is responsible for placing many juniors into college scholarship programs from DI-DII programs. He has a son, Ethan (10) and daughter, Nadia (12) currently ranked top nationally in their perspective age groups.

He owns 30-years of teaching experience and 33-years of competition experience. He has won every Open level USTA tournament in Texas and has broken the Texas record for the longest to ever hold the #1 Men’s Open Singles ranking in Texas from ’02 – ’17. He has successfully competed in both singles and doubles nationally with a top national singles ranking in ’01 and ’02.

Adrian dedicates a lot of time volunteering and giving back as much as he can to some of the disadvantaged kids here in the San Antonio Community. He has opened the door to hundreds of kids introducing new tennis opportunities. He started the Tennis-on-Wheels Program along with the San Antonio Tennis Academy. Adrian’s teaching strengths are technical stroke production, sports psychology, and physical training/fitness. He leads by example as a player-coach and believes “You can only achieve greatness through hard work, that’s it!” He has coined a way of life at the Academy, “Six Sigma” which is Academy defined as- the relentless and rigorous pursuit for near perfection. “This lifestyle is critical to how we train, the effort we bring, the attitude we maintain for overall performance.” It’s our way and is the driving catalyst to a higher standard of tennis. 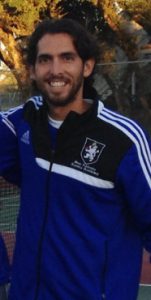 Cameron University
Marco was a graduate of Robert E Lee High School in 2000 where he achieved a Super Champ ranking in Texas. He then played college tennis for top ranked in NJCAA Laredo Junior College from 2000-2002. There he was a two year national qualifier for singles and doubles, and later won a National Championship as a Coach there at Laredo JC. From there, he played at Cameron University where he pursued a degree in Mathematics and Physical Education.

Marco has been competing in Texas’ Men’s Open Division and has remained a top 8 player in Texas from 2003 to 2017. Marco has held the number 1 mixed doubles position in Texas Mixed Open Doubles from 2009-2013. He has had the privilege since then to work with many coaches in the San Antonio area building a solid teaching foundation. Marco has worked with all types of players from elite level national college champions, top ranked supers, champs, ZAT level players, beginners, and Adults. He is extremely diverse in presenting multiple representations to explain concepts in tennis from fundamentals to intense strategy.

Marco really developed his niche working with high school players, thus he became a high school tennis coach/math teacher. Marco is the head coach at Clark High School, he has set his goals to improve his team, and try to push them to a state ranking in the top 20 and be a team UIL State contender. Marco is a great wonderful resource for our Academy as he brings great knowledge/experience and leads by example. 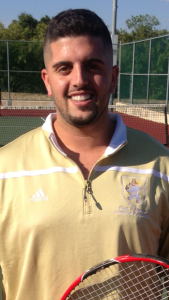 Texas A&M University- Corpus Christi
Sam was born and raised in Amsterdam, The Netherlands. He was ranked amongst the top juniors in the country for numerous years. Holding the number one spot as highest ranking. As a junior he travelled the world to compete in ITF junior tournaments. After graduating high school the choice was try to go pro full-time or continue his education. Sam decided to play college tennis and moved to the United States in 2005 as he received a full athletic tennis scholarship to play for Texas A&M University at Corpus Christi, a NCAA Division 1 team ranked in the top 20 in the nation, winning their conference numerous years in a row and qualifying for the NCAA National Championship tournament.  Steve Denton a former U.S Open doubles champion and former # 12 on the ATP Tour in singles coached the team.  We are excited to have him on our team, he brings both the technical and the player aspect to our program.  Sam received his Bachelor in Finance and Master in Business Administration from Texas A&M University at Corpus Christi. Sam is also the owner of L’Orenta Nuts and Goodies. 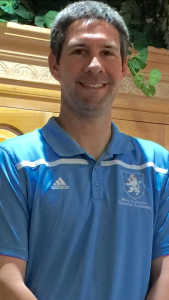 Texas State University
Zac Brunsman born and raised in Boerne, Texas.  Ranked as high as #13 in the state of Texas in Boys 18s. He received invitations to Easter Bowl and National Clay Courts   He qualified for the state tournament for Boerne High School in 2001.  He was a two time district champion and a USPTA Elite Professional.   He received a full scholarship to Collin County College.  He enjoys teaching our elite players in our academy.  He is very disciplined and has a solid work ethic for getting our players to the next level.  What a wonderful addition to our team! 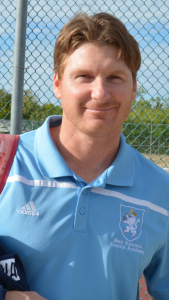 Temple College
Chris Doyal, a native to San Antonio, became passionate about tennis at the age of 10, where he quickly advanced to one of the most athletic and dramatic top ranked super champ player on the USTA Junior Circuit between 1987-92. Chris has always enjoyed the challenge of analyzing opponents and understanding how to break down their weaknesses. He thrives on the psychology/mental part of the game. He states “tennis is as much a psychological game as a physical game”. He has been playing competitive tennis for over twenty-five years, both as a junior and adult. Chris played his high school tennis at Churchill high school and eventually received a tennis scholarship to Temple Junior College. His college national ranking was 23, Chris and his team won the conference his sophomore year. Chris has a son who is following in his footsteps playing varsity tennis at Churchill high school. We are happy to call Chris a member of our organization as his perspective in tennis is invaluable. 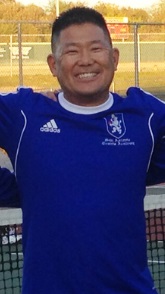 Trinity University
Ryan is a graduate of Trinity University in 1996 and former Head Coach of the Women’s Tennis Team from 2008-2011. He helped the Tigers win numerous titles while as a player and coach and was the assistant in 2000 when both the men’s and women’s tennis teams captured the 2000 NCAA National Team Title. As a junior tennis player, Ryan received many awards for sportsmanship and actually was selected by his peers to receive the Art Faust Sportsmanship Award in 1991 and 1992. In 1989 the Takao family was selected as the Family of the Year by SATA and he and his dad Richard, were ranked #1 in the State in Father Son in 1990.

Ryan is now currently married to his wife Cari and who together cherish their son, Nate.

He is also heavily involved with the Youth at RiverCity Community Church and serves on the board at UPCC and also is the Mission Advancement Chair at the Y at Thousand Oaks. 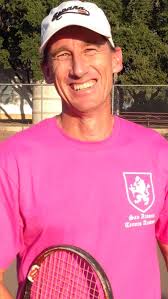 University of the Incarnate Word
Patric was born Stockholm, Sweden, 25 June 1973. He grew up in Marbella, Spain for over 30 years.  He lived at the John Newcombe tennis ranch in 1990-91.  Patric received a full scholarship at UIW and completed his bachelor degree in international business.

Patric is self employed as travel agent organizing golf holidays to Spain, Portugal and Cyprus since 1998. He started playing tennis again to introduce tennis to his son Marco, 13 years old. He believes hard work, discipline and dedication can make you reach any personal goals you want to accomplish on and off the tennis court. He now wants to share his experience and knowledge to help guide his son and our Academy players reach their personal goals.

Texas A&M University
Cardo Walthall comes from a long line of tennis professionals here in San Antonio. Cardo’s grandfather Paschal “Bub” Walthall founded the San Antonio Tennis Association (SATA). The Alamo City Open is named after him because of his contributions to tennis in San Antonio.

Cardo grew up around the game as his father, Richard Walthall, was the director of tennis at many club’s here in town to include Northern Hills, Thousand Oaks, and Sonterra Country Club. Cardo Walthall went to Alamo Heights High School where he played an intregral role in three State Championship tennis teams in 1995, 1996 and 1998. He then went on to attend Texas A&M University in College Station, TX. where he served the University and Corps of Cadets as Head Yell Leader and also served in the Governor of Texas’ honor guard as a Ross Volunteer. After College Cardo moved back to San Antonio where he has continued to enjoy competing and all the camaraderie that Tennis has brought to his life.

Beyond winning and losing Cardo has a deep love for the game of Tennis because it has blessed him with so much throughout his life. He thoroughly enjoys giving back to this great game by teaching students that share in his passion how to be winners both on and off the court. 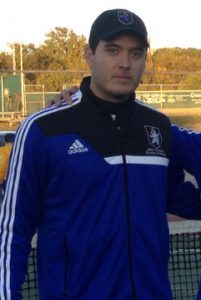 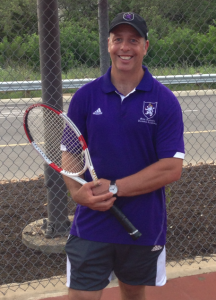 Texas Tech
Coach Eric, received his degree at Texas Tech University. Eric worked as an instructor For TTU summer camps and instructed at The Tennis Center at the City of Lubbock. Eric has managed Fitness clubs during his tennis involvement. Eric left Tennis and pursued a successful healthcare career after receiving his degree. In his own way to improve the challenging healthcare market he decided to get back into tennis and fitness to help individuals avoid health problems. Eric began coaching, teaching tennis, and personal training again when he moved to San Antonio in 1999. He developed one of the largest home-school tennis programs and helped adult beginners move into competitive play. Eric has developed a specialized form of training called 10FITT™ used for competitive athletes or for individuals seeking total body fitness while improving on tennis and other sports. Eric specializes in beginner/intermediate level teaching of all ages and sports/fitness performance readiness for competitive athletes of all levels.

Eric has a unique passion to train and teach others how to be fit for life. “Pushing your body physically to see what it can do is very fun, challenging, and rewarding.” Coming from a top ranked U.S. competitive background to being paralyzed is what helps Eric’s passion to impact others in a positive and motivating way with their health, wellness, and fitness and how they feel about themselves.

We're not around right now. But you can send us an email and we'll get back to you, asap.